A Vegetarian Guide to Georgian Food (and How to Eat It)

I enjoyed Georgian food so much more than Turkish food. I definitely didn’t expect that.

One of the reasons is that Georgian food is a lot more vegetarian friendly than Turkish food. Georgians do incredible stuff with walnut, eggplant, mushroom and cheese. The latter 3 items being my all around favorite things in the world to eat so it’s no surprise I found Georgian food very much agreeable.

They have this walnut paste thingy that was pretty close to the most incredible thing I’ve ever tasted. It’s like cheese, but lighter, nuttier… Sigh. I have to find it here in the States.

But if you’re a cheese lover, you’ll like it here too. In fact, it’ll be hard to NOT eat cheese in Georgia. You’ll see what I mean when you see the list of vegetarian friendly Georgian foods I’ve made below.

Think of pizza on steroids and what you get is khachapuri. Several regions in Georgia have their own versions of khachapuri but all involve lots of cheese. Some can seem overly cheesy (is there such a thing?)

Megruli Khachapuri for example is cheese filled pie topped with more cheese. However I thought the most over the top khachapuri award has to go to Adjari Khachapuri: a bowl shaped bread filled with melted cheese and served with an egg on top and pats of butter.

It’s the Caucasus version of heart attack on a plate. 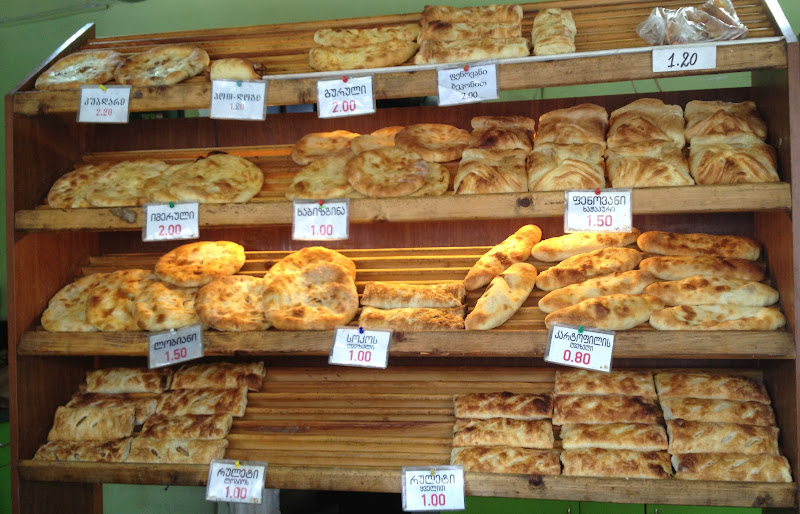 Khachapuris and more in Tbilisi, Georgia

Regular khachapuris are a much more mellow version of this, consisting of simply cheese inside a round or square shaped dough. Sold practically all over the place, they make for perfect snacks on the go.

Khinkali is another Georgian staple that you can not miss to try if you’re in Georgia. If you think they look like dumplings, you’re absolutely right. They’re Georgian dumplings. At 30-50 cents a piece they’re also the staples of budget travelers like me. I had so many of these towards the end I couldn’t eat them anymore.

Meat and mushroom are the most common type of fillings. But I’ve also had khinkalis filled with cheese, vegetables, and at one point in Tbilisi, even lobster.

How to eat a khinkali:

You hold the ‘hat’ of the dumpling, bite a hole and suck the juice out of the filling. Then you eat it all at once except for ‘hat’ which is basically just a very thick dough. You leave this part on your plate. This is how one is supposed to keep track how many khinkalis they’ve had. I personally like mine with liberal sprinkling of black pepper. 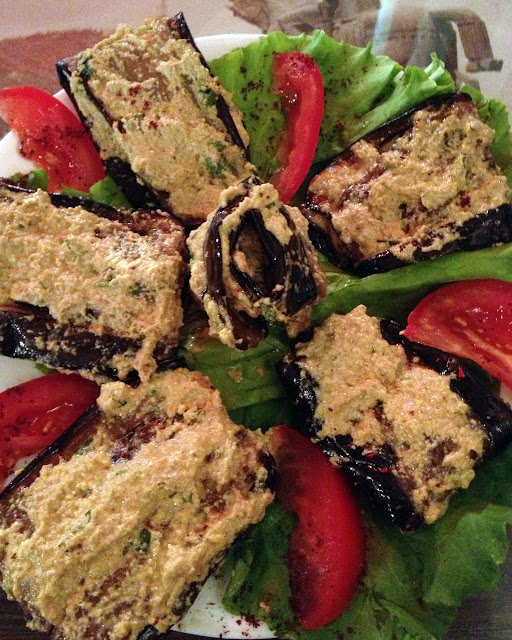 I have no idea how to pronounce the first word, but saying “badrijani” seems to work just fine. This is probably my favorite Georgian dish and it consists of thinly sliced eggplant, pan fried, and topped with that wonderful, spiced walnut paste I mentioned above.

The first time I took a bite, I’m pretty sure I uttered a moan that’s not quite PG. 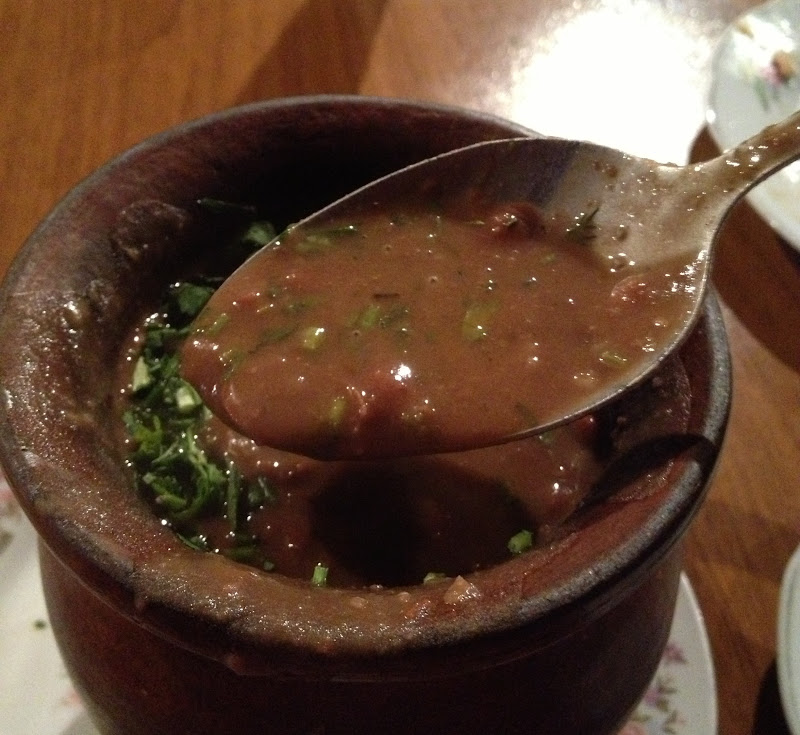 We’re having a cold front right now in California and I’d kill for a pot of lobio. Served in a clay jar, lobio is rich and flavorful bean stew. So filling and so perfect for cold nights. It goes well with cheese and mchadi a super dense cornbread that will sit like a brick in your stomach if you eat too much of it. 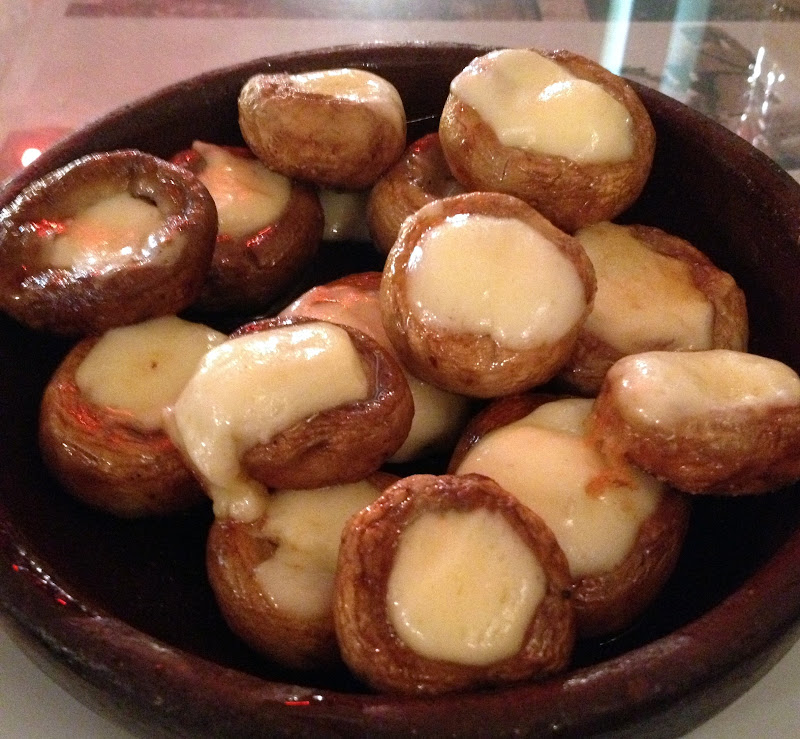 This dish consists of mushrooms filled with Sulguni cheese baked in buttery broth in traditional Georgian clay “ketsi” dishes. Sounds delish, right? If you’re a mushroom and cheese lover like me, you’d be chomping on these like popcorn. 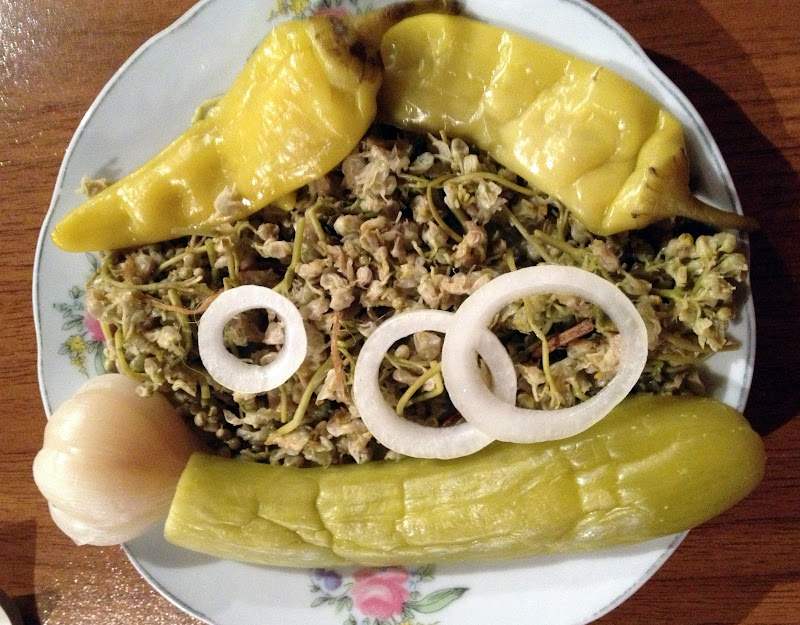 Everything there is pickled. Eeew.

When I first took a bite of jonjoli, I spat it back out. Second and third attempts fared no better. Jonjoli looked and tasted like it belonged in a compost pile (no offense to jonjoli lovers out there). The only reason I ordered it was because a Georgian I met on the bus wrote it down and highly recommended it to me.

Someone at the restaurant came and indicated that I should try putting in my lobio. So I did. And it made it a lot more edible.

I later learned that jonjoli is actually pickled flowers of a shrub that grows localy in Georgia.

This explains my reaction. I can NOT stand pickled anything.

So there you go, if you like pickles, you should give jonjoli a try and let me know what you think of it. 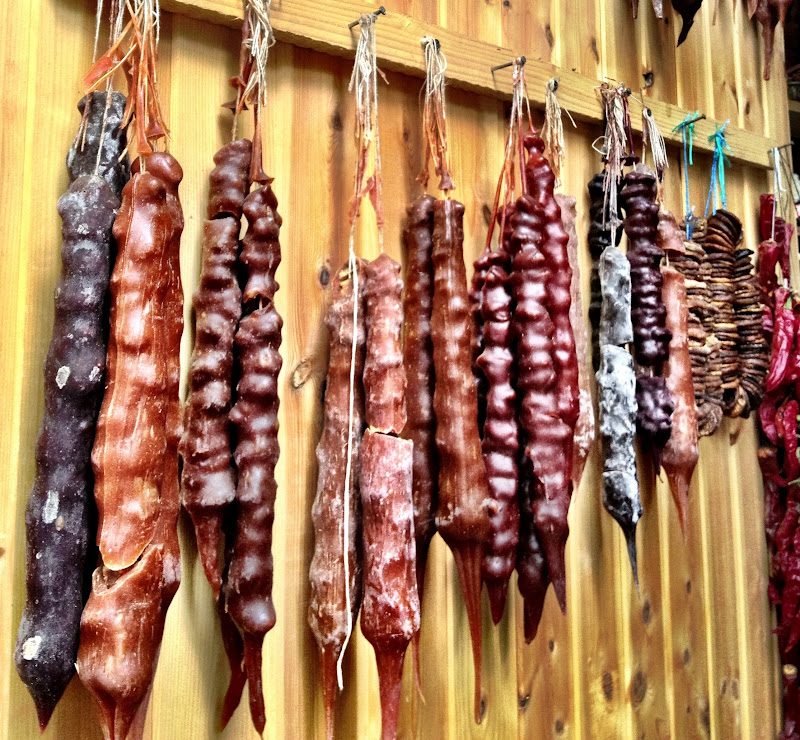 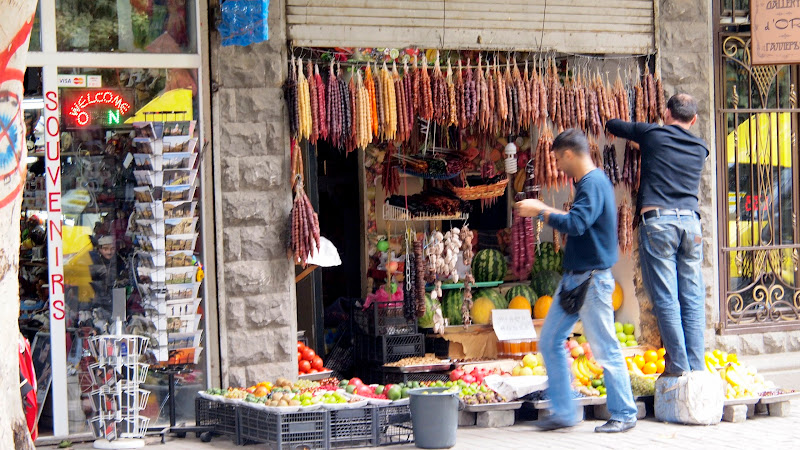 Also known as ‘Georgian Snickers’ this sausage-shaped candy doesn’t look like much but they’re quite delicious. This grape jelly and nut snack is often sold at roadsides and made by dipping a string of nuts repeatedly in a vat containing flour, sugar and concentrated grape juice solution.

How to eat a churchkela:

Bite and hold a nut and pull it off the string. 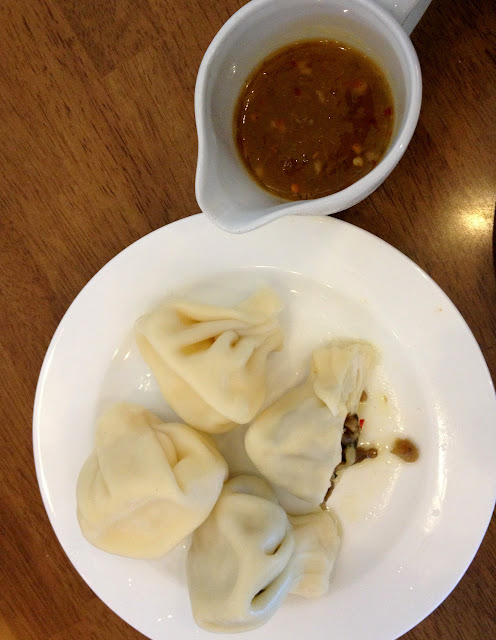 Georgian food is not very spicy. But they do offer a variety of condiments or sauces to complement your dishes. The most common is, tkemali a sour plum type of sauce. I didn’t care so much for it but a lot of people like it. Another common sauce is ajika or ‘adjika’ – a spicy, tomato-y sauce that I much prefer.

Have you ever had Georgian food? If so, what do you think?

Good news about visa to Georgia!

Getting to Georgia just became easier. Good news for those who had to apply for the Georgian visa, checking the e-visa page and thinking what to do. Recently the Government of Georgia simplified the procedure for you. Now, those who possess a visa and/or a residence permit of any country listed in the following list may enter and stay in Georgia without visa for 90 calendar days in any 1

Covid-19 has significant effect on increased demand of remote working, therefore a lot of international and local companies switched to distance working setup, which appears to be an opportunity for various directions.